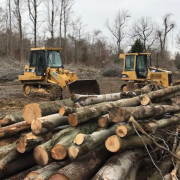 Tim Wheeler’s article for the Bay Journal reflects a certain level of sanity being stitched into land use practices around our state. Taming developer-propelled tract housing so as to lessen habitat and biodiversity destruction is critical to specie survival.

Representing GreenGrace, I sat in on as many of the weekly conference calls about Anne Arundel County forest conservation from late August as I could. Organized and led by the Maryland League of Conservation Voters’ Ben Alexandro, experts and advocates from many environmental organizations–the CBF, the Sierra Club, the South River Federation, Growth Action Network, Interfaith Partners for the Chesapeake and Smart Growth Maryland among them–developed factual land use statements, rebuttals and edits of the proposed legislation for county council members who were being pressed mightily by the monied interests in the county and elsewhere. The many organizations also got their members to attend rallies and sit in on Council hearings at crucial junctures.

An impressive environmental brain trust acted continuously in support of County Executive Steuart Pittman’s pledge: “We’re going to strengthen the Forest Conservation Act in the county so that it drives development into the areas that do not have trees and make it tougher to develop in sensitive areas that do,” he said.

“Forest conservation efforts are slowly gaining traction in Maryland, one county at a time.

“After holding multiple public meetings and debating dozens of amendments, the Anne Arundel County Council on Nov. 18 unanimously passed legislation to strengthen local forest retention and replacement requirements in one of the state’s most populous and fastest growing counties.”

Biomimicry. Know what this term represents? If not, look further…