Rev. Margaret Brack, Co-Lead of GreenGrace, is the Priest-in-Charge at St. Thomas Episcopal Parish Church, Hancock, MD. Born in Washington, D.C., Mother Margaret’s great love of the outdoors began in her home that connected with the Rock Creek Park. This affinity was further nurtured while living in Minnesota during her junior and senior high school years where she would sit by the creek in her backyard doing homework or during winters cross-country skiing to a nearby lake to go ice skating. Mother Margaret’s appreciation of the earth we live on continued to grow as she joined or created groups that would collect trash and clean lakes and streams. Returning to Maryland after college in California, she met her husband, Jim. Together they enjoy tree identification, bird watching, fossil hunting and traveling. Mother Margaret’s continuing concern for the future of this planet makes her a very vocal advocate for conservation, climate change education and stressing the importance of converting to wind, solar and the use of electric vehicles. She is available to bring her electric car to any church or group that would like a Q & A and to get a hands-on experience! 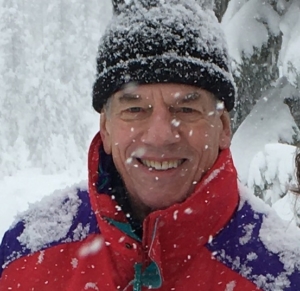 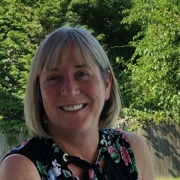 Dr. Bernadette Roche, who ably served for some years as GreenGrace co-lead  and remains a volunteer, is a Biology professor and Director of the Environmental and Sustainability Minor at Loyola University Maryland. As a child in the 1970, she experienced the first Earth Day and found her tribe. Her dissertation work at the UNC/Chapel Hill involved research on plant-animal interactions at Mountain Lake where she cemented her interest in teaching ecology and evolution to undergraduates in an effort to address the biodiversity crisis that is now recognized as the sixth mass extinction. She worships and sings in the choir with her husband Bill Spare at the Church of the Transfiguration in Braddock Heights, MD, where she is also a member of the Vestry. 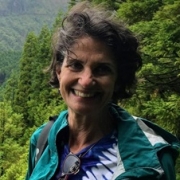 Ellen Hoitsma, a GreenGrace volunteer since 2018, grew up in New England, spending summers on a small New Hampshire lake and hiking in the White Mountains. Ellen retired in 2021 from The Park School of Baltimore where she taught for 30 years. She now volunteers at St. Luke’s Youth Center in West Baltimore. Ellen has traveled extensively in Europe and Central and North America, including spending several weeks in Arctic Svalbard, Greenland, and Iceland as a 2016 National Geographic/Lindblad Grosvenor Teacher Fellow. Ellen is an active member of the Church of the Good Shepherd in Towson, singing in the choir and participating in their asylee/refugee ministry. 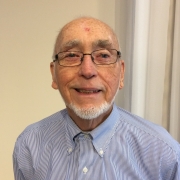 Ken McElroy, a long-time GreenGrace volunteer, graduated in 1962 from the University of Virginia with a degree in civil engineering. Following work for the Washington Suburban Sanitary Commission, he was commissioned in the U. S. Public Health Service Reserve, inspecting wastewater treatment plants under construction in five Midwest states.  Following discharge from the USPHS Reserve, Ken obtained an MS in Sanitary Engineering/Water Resources Management, then a position with the U. S.  Army Corps of Engineers in Baltimore as a water resources planner. Back in the Midwest, Ken worked for the Great Lakes Basin Commission, contributing to a US/Canadian agreement to address Great Lakes water pollution problems, which agreement was executed in 1972. Ken returned to Baltimore to work for the Maryland Department of Health and Mental Hygiene when for several years he was a state representative to the Association of State and Interstate Water Pollution Control Administrators. In retirement since 1997, Ken’s service to others includes a board member of The Children’s Peace Center, Inc., a nonprofit offering summer camp for elementary-age youth, and leadership training for older youth and young adults.  Ken, who with his wife have four children and 8 grandchildren, is an active member of Holy Nativity Episcopal Church. 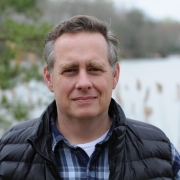 Paul Smail, an attorney and GreenGrace volunteer since 2015, works for the Chesapeake Bay Foundation as its Director of Litigation. His responsibilities include developing and litigating a variety of cases against polluters that fail to comply with Federal and state environmental laws and regulations. Before he went into law, Paul worked for state and Federal environmental agencies, and was a Faculty Research Assistant for Dr. Walter Boynton at the Chesapeake Biological Laboratory in Solomons, MD, which is a campus of the University of Maryland Center for Environmental Science. There he studied ecosystem ecology, including the interactions between water quality, nutrient transport, sediment biogeochemistry, and seagrasses in estuarine systems. Paul grew up in Annapolis, lived for a decade in Baltimore, and has since returned to Anne Arundel County. He is a member of St. Stephen’s – Severn Parish, in Crownsville, Maryland.